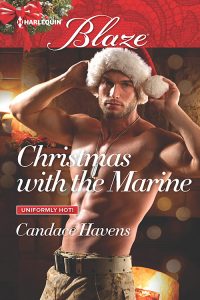 Christmas is almost here, and guys are the last thing on personal shopper Ainsley Garrett's list. But her icy resolution melts when she sees an incredibly hot Marine shopping for toys. A man in uniform with a hot bod and a heart of gold? Maybe a gal can believe in Santa after all…

Major Ben Hawthorne has his career to think about, but when it comes to Ainsley, he's willing to break his own rules, at least for one night—provided they can get this insanely wicked attraction out of their systems. Only, once isn't enough. Now Ainsley's checking her list twice…before she falls for a Marine who's naughty and nice.